Gucci x Balenciaga: A Hack, Not A Collaboration

Four months after the release of the monstrously successful The North Face X Gucci collaboration, Alessandro Michele is back with another creative pairing.

Just don’t call it a “collaboration”, this time around it’s a surprise “hack” of fellow Italian fashion house, Balenciaga. 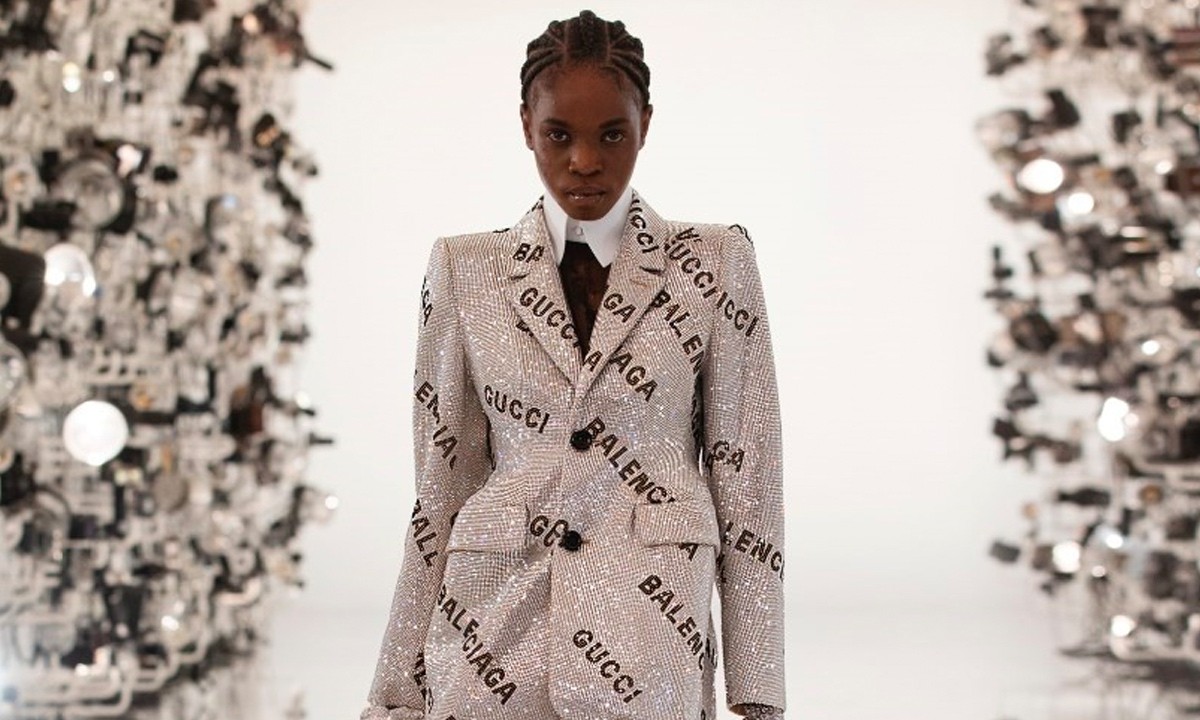 A Gucci Show With A Balenciaga Twist

Gucci's new "ARIA" collection was revealed via fashion film. The show, which marks the house's centennial anniversary, mixed the codes of both italian houses. There was a memorable selection of co-branded, broad-shouldered blazers, Balenciaga-emblazoned hourglass bags, high-rise boots, and jewelry.

But rather than being a collab, Michele preferred to call the new collection “contaminated” with the hallmarks of Balenciaga creative director Demna Gvasalia’s work. In other words, Gucci’s Aria show had a Balenciaga twist

After the show, Alessandro Michele himself explained, "Gucci becomes for me a hacking lab, made of incursions and metamorphoses ... I have plundered the nonconformist rigor of Demna Gvasalia and the sexual tension of Tom Ford."

Before we look towards the future of Gucci, let's take a quick trip to the past to see how the latest "hacked" collection came to be. It all started in 1921 when founder Guccio Gucci opened his eponymous shop in Florence to sell premium leather goods (mostly saddles) designed by local artisans. This equestrian bent can still be seen in many Gucci details coming down the runway today. 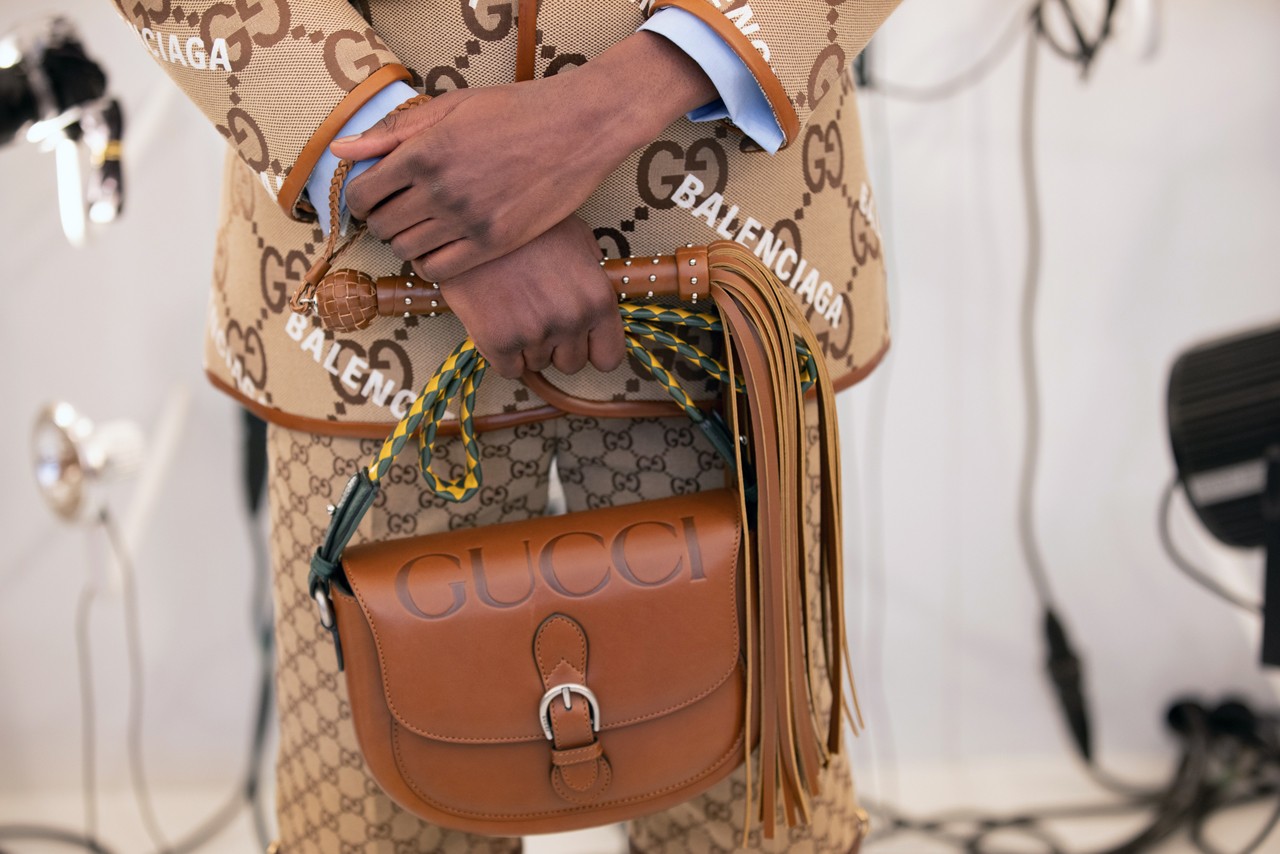 Fast forward to the ’90s and Gucci entered its “sexy” era. The salacious designs of creative director Tom Ford boosted sales and the brand once again sparked the imaginations of luxury consumers.

Today Gucci has come full circle by delivering a collection packed with horse-riding references (crops, whips, and riding boots) and Tom Ford's retro sexiness, all while being perfectly co-branded with Balenciaga’s logos and iconic silhouettes.

Pieces emblazoned with the names of both brands came down the runway including a dazzling diamanté skirt suit covered with strips of “Balenciaga” and “Gucci” emblems.

There were also fusions of cult accessories from both houses, Balenciaga’s hourglass purse was covered with double Gs, while Gucci’s timeless Jackie 1961 was anointed with Balenciaga logo stripes. 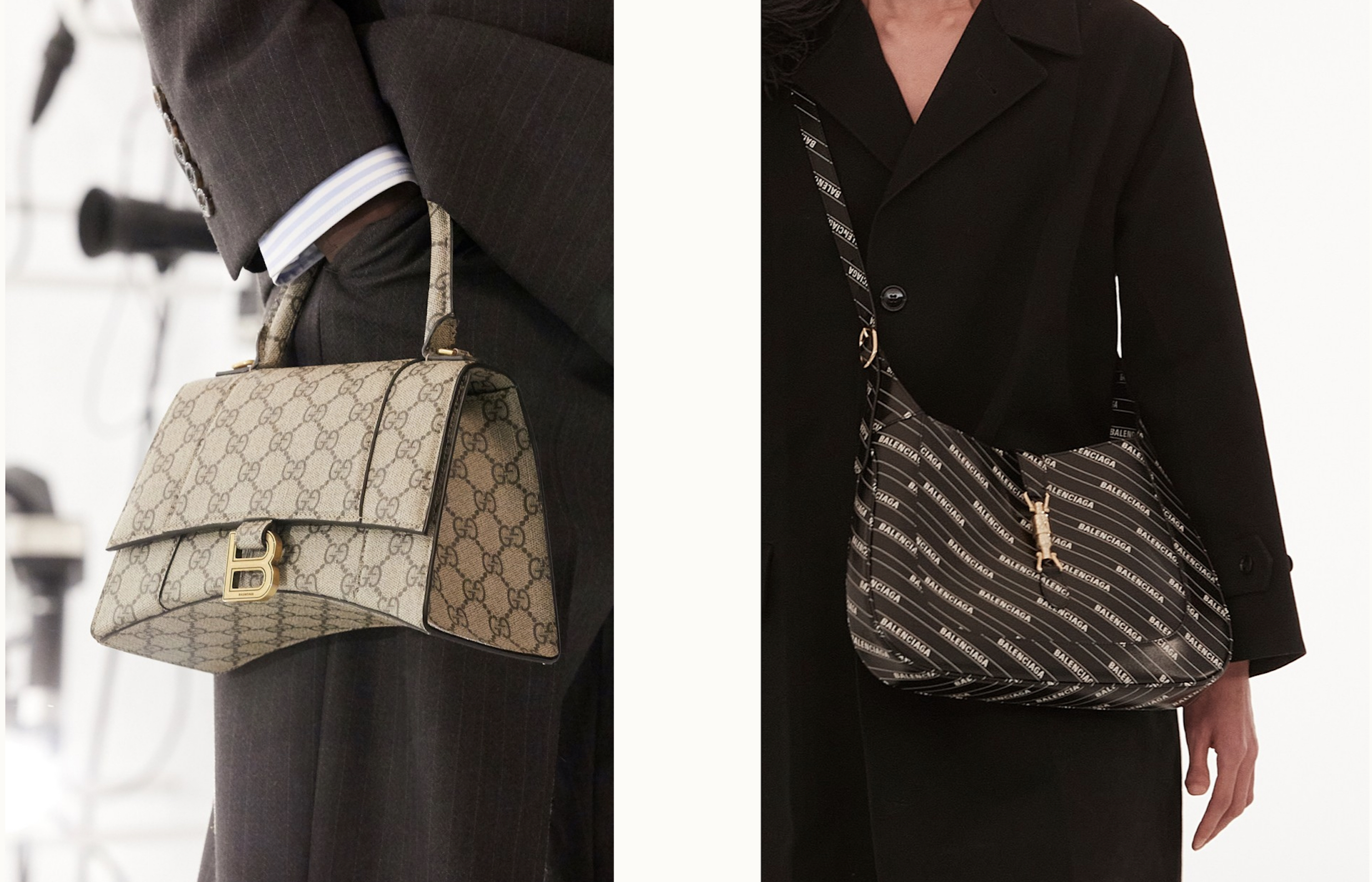 The jewelry was also on point. We saw one model wearing a pair of curb chains adorned with the letters of both brands, while chunky jewelry, dangling septum gems, and delicate brooches finished out many of the looks.

After a subdued post-pandemic fashion year its clear Michele is looking forward to going out to party again. There was plenty of sparkle and shine, mixed in with Gucci signatures and crossed with iconic Balenciaga designs.

This “hacking” was an ingenious way to showcase the creativity of two great houses and in a way reinvent them both. We suspect that people will be discussing this fashion experiment for years to come.